Home / The Flyer
Previous  / Next 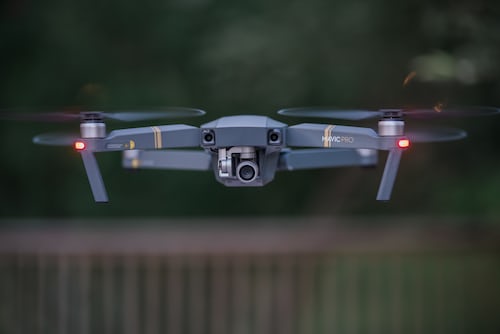 As with a lot of outdoor recreational activities involving motorised hardware, like 4x4 driving or trail bike riding, there are a lot of cowboys out there that give these past times a bad name. Only recently we heard about that clown operating a drone around Heathrow Airport near London, and how often have you spoken to people about drones who bring up the privacy issue because they have been ‘buzzed’ by a drone in their homes or while out and about. The fact is these idiots will always be around, but our role as serious proponents of the hobby, or their commercial use, is to set a good example.

I might point out that it is very easy to get into hot water if you don’t follow the rules and be alert to what your drone is doing at all times. I remember an incident when I was first learning to fly my DJI Phantom 4 Pro V2.0. The basic flying part was easy to master as the drones built in features give great assistance when flying. However, therein lies the problem. I had moved on quickly from mastering the flying to perfecting my videography skills. I was at the beach with my wife and granddaughter as the subjects of my movie making. Following them intently I took my eye off the flying ball, so to speak, and did not realise that I had the drone hovering about 10 metres above another lady and her daughter. They were the only other two on the beach at the time, but were exploring among the rocks in the same area as my subjects. Now 10 metres (30 feet) sounds pretty reasonable but if you are right under the UAV and don’t know much about them, or who is controlling the device, it can be pretty threatening. Luckily a heartfelt apology and explanation did the trick, but they would have been in their rights to have reported me. Did you know that we are supposed to fly more than 30 metres (100 feet) away from other people not involved in the film making. To fly over large groups of people or events you will need to have your Remote Pilot Licence (RePL) which commits you to following a strict list of protocols and regulations. It also entails about a week of fulltime instruction about safely flying your drone and following the regulations. At the time of writing the cost of the training, and the RePL itself, is about $2500.

Flying your Drone safely includes being aware of the rules and regulations that govern your type of Drone and activity. If you are flying your drone for fun, that is as a hobby, you need to check out the Droneflyer web site. Here you will find the very easy to comply with set of rules that govern your past time. If you want to fly outside some of these regulations, like flying beyond your line of site of your drone, you will need to get your RpEL. Hey, if this seems harsh, consider the residents of the 16 countries around the world that have banned, or effectively banned, drones outright. If you want have a good read about the various levels of rules and regulations governing the use of drones, from just having fun, to the more serious side of commercial use, have a look at the Civil Aviation Safety Authority (CASA) web site. This site has a wealth of information about Drone flying in Australia from flying for fun upto the large commercial drones. It is well worth a visit!

Note that the maximum fine in Australia for not following the rules is $10,500 so make sure you know the rules before you fly.

CASA has a new page called droneflyer that contains some great safety information as well as a video. Here you can learn more about the rules, check up on the pending registration of drones, subscribe for new updates or do a self test to check your knowledge on drone safety. I thoroughly recommend that you have a look.

Remember the $10,500 fine, and not to mention the injuries you could cause to people or the damage to property. CASA has approved some Drone Safety Apps that will show you whether you are flying in a safe location, or not flying in a prohibited area. Don't break the law!

To finish off I need to add that Flying Your Drone safely is not all about rules and regulations. It is also about taking the time to master your drone and all it’s features so that when it takes to the air you know how it will respond and perform. You want to get it to do what you want, within reason, and this only comes with plenty of sensible practice. Whether you spend $200 or $2000 or $20,000 on your pride and joy you will be flying not only for fun, or commercial purposes, but also to protect your investment, and the people around you.

You are also flying to protect the relative freedom of use of drones that we have in Australia. Please don’t muck it up!

Comments will be approved before showing up.